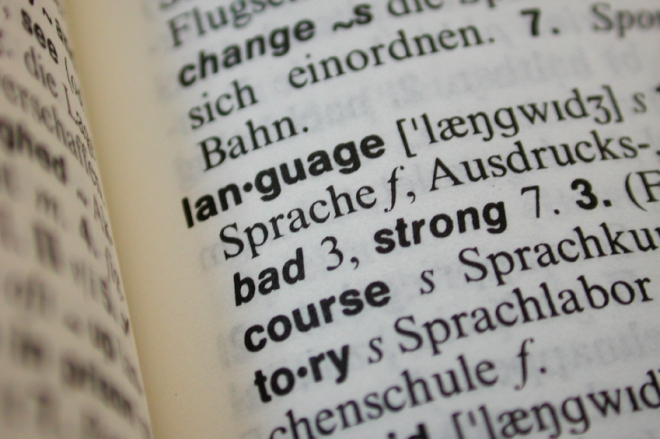 How important is your accent when you learn a new language? Obviously you want to be understood, but how essential is it to actually sound like a French-, German-, Italian-speaker? It’s been preying on my mind lately as I try to start using more and more German.

There are languages where it seems essential, such as Chinese where an inflection can change a meaning – but in European languages, it is heading further and further down my to-do list (right under doing my German verb drills).

The problem is, I will never sound like a native. Partly because there are so many accents within a language (think of English where towns 20 minutes apart can have a different sound), partly because my mouth just doesn’t make some of those sounds. ‘Chhhhuuuurrr’ – really? It’s just not happening. So how much effort should I really expend in trying?

The Americans seem to be much less self-conscious about this than us Brits. I meet Americans across Europe who are speaking perfect German, French, Spanish etc, with a clearly American accent. And they don’t care. I think it is part of what hold the English back in our foreign language forays. We somehow think it’s not trying hard enough, it’s not polite enough, it’s just not proper to inflict our own accent onto another language.

To be honest, I partly blame the French. Those Parisian waiters who frown and shrug when you try to communicate because you pronounced something slightly off. That happens enough times in your formative school holiday years and you’re put off languages for life.

The second problem is Swiss German. Emphatically not German. I can come out of my German class pumped to practise in everyday situations. But then I can have the exact same conversation I just learned and not understand a word. Things are pronounced differently – things are said differently. Even some Germans don’t understand it. It’s like learning RP and then landing in the middle of Glasgow. So it’s hard to organically absorb the pronunciation and idioms. If I do, then I’m technically saying it wrong in my class. And if I say things the way I learned, I sound crazy formal in a social setting. Catch 22. Let’s just give up. Everyone speaks English anyway…

But, actually, let’s not. Let’s just take on some of that American self-confidence and care less. I hear people speaking fluent German and even I can tell they’re not German. But, you know what? It doesn’t matter.

Think about the rest of Europe. Have you ever met a Fenchman who spoke English without a strong Gallic twist? No, me neither. I know some Swiss who are basically more fluent in English than I am, but they don’t sound British. Across Europe its the same (except the Scandinavians who seem  to be accent chameleons). I don’t know why we English are so obsessed with it. It holds you back when learning a language.

I know for sure that I don’t speak German 90% of the time because I feel awkward that I’m saying it oddly, or I don’t know the exact word, or my phraseology is a bit off. It’s totally ridiculous. I don’t care if my foreign friends say ‘company’ with a short ‘o’ rather than the English short ‘u’, ‘gintonic’ not ‘gin and tonic’, ‘encyCLOpedia’ rather than ‘encycloPEDia’. And those who care less about their accent actually have better language skills. Because they use them.

So, September resolution: more talking. In German, obviously. English accents and all.